A Very Happy Birthday to Barun!! 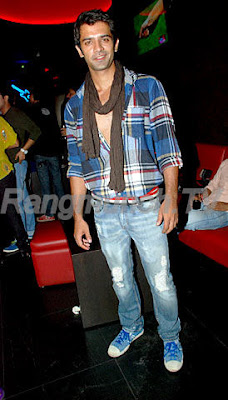 Barun Sobti, is quite a popular name in the television industry. This Model turned Actor, started his acting career with a show named Shraddha, which was aired on Star Plus. However he became extremely popular as the happy go lucky Shravan in Baat Hamari Pakki Hai & currently is seen playing the character of hardhearted business tycoon, Arnav Singh Raizada in the show Iss Pyaar Ko Kya Naam Doon.
This handsome Punjabi Munda has managed to captivate the hearts of thousands of girls with his charming personality & good looks.
Barun is not only a good actor, but he is also a good human being. Recently Rangmunch.TV had done an interview with him on the Eve of Rakshabandhan & he was extremely cordial in his interaction with us. During our conversation, we realized that like Arnav in reel life, Barun is extremely loving & protective about his sister in real life. However, unlike Arnav, Barun completely believes in the idea of love & is married to the love of his life.
So on the eve of his Birthday, Rangmunch.TV would like to request all his fans to pen down their birthday messages for their favorite actor & wish him on his special day. We are not promising, but will definitely try to send your messages to Barun. We have also put up a VM that his fans Aisha, Shruti & Savanna have made especially for his birthday.