StarChef India's Winner to have her own cookery show

By Rangmunchtv August 30, 2011
Winner of MasterChef India - Pankaj Bhadouria to dish out her new cookery show on STAR Plus 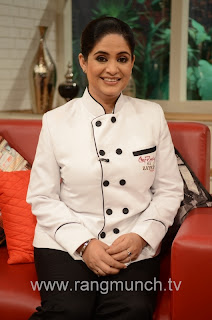 They say the way to a mans heart is through his stomach . It is also a fact that children relish the food best when its their mother calling the shots in the kitchen.  Her quest for culinary delights earned her the crown of 'MasterChef India' and STAR Plus is now rewarding Pankaj Bhadouria with her own empire -- 'Chef Pankaj Ka Zayka' -- a dedicated cookery show through which she can endear herself  to millions of TV viewers by helping the average Indian housewives with kitchen queries.
Just like MasterChef changed the course of her life from a teacher to the greatest chef on television,  Bhadouria, beginning on Sept 12, 2.30 pm, will  help the average Indian homemaker change the way they run their kitchen. Bhadouria will play a warm interactive host of 'Indiagate Basmati Rice presents Chef Pankaj Ka Zayka' where she will not only solve cooking problems, but also the make the task easy and fun, besides work with celebrities & the aam junta. She will don the role of a connoisseur of great food whose reviews will matter to our gastronomic journey through life. 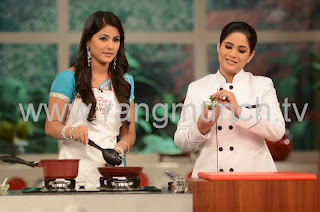 Of course, teaching is nothing new to Bhadouria, who has spent 16 years as a teacher before switching her profession, thanks to MasterChef. Her success is nothing short of extraordinary! In less than a year, this achiever has travelled the world giving lectures on Indian cuisines at the prestigious Cambridge University to being the guest of honour at the Varli Food Festival, New York, to being the ambassador of one of India’s biggest brands in its rural initiatives.
Bhadouria's transformation from an ordinary housewife to a Master Chef is another landmark achievement of Star Plus' new ethos - 'Rishta Wahi Soch Nayi.'
Each week Bhadouria will play the 'accessible expert chef ' to Star Plus viewers and foodies. In her pursuit of culinary excellence, she will visit some of the famous kitchens of the nation meeting the top chefs & trying their handwork. She will also be seen encouraging the viewers to be a part of the process rather than to sit back & take notes.
Breaking away from the monotony of the normal cooking shows, each episode will have a unique theme which will see Pankaj rubbing shoulders with various celebrities, chefs & the viewers. From cooking to queries & from tasting to rating everyone’s invited to be a part of this action!
Meet this chef and learn from her firsthand on Indiagate Basmati Rice presents Chef Pankaj Ka Zayka, on Monday, September 12th, 2.30 pm, Mon-Fri only on Star Plus.
Edited  by,
Niharika Vidya Sagar
Rangmunch.TV
Star Plus