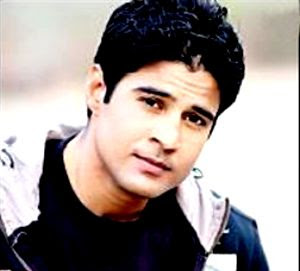 Rangmunch.TV did a poll this week to find out, which is that one actor that you want to see on TV again and our article today is based on what the fans have voted for.
Rajeev's role as Sujal in Kahin to hoga shot him to instant fame. His chemistry with co-star was such a huge hit with the audience that they couldnt see Kashish with anyone else. Rajeev is considered to be not only good looking but also a man who has a mind of his own. After opting out of Kahin to hoga, he did time bomb a short TV series and was also seen in an important role before he forayed into movies. His movie Aamir was well received and people took notice of this talented actor.
We saw Rajeev once more on Television with the Sach ka Saamna Series on Star Plus where he was seen posing dicy personal questions to the contestants on the show. It was perhaps the charming face of this actor that put the contestants at ease as he would convincingly ask them even the most sensitive questions that would lead up to the revelations on the show.
Rajeev hasnt acted in a Television show for more than 4 years now, but people still remember all the roles he has enacted. He is one of those actors that has an amazing screen presence and carries an aura that automatically adds finesse. Sujal and Kashish's romance was the start-off of the hit office romance stories, from where many other shows like Kitni Mohabbat Hai-Season 1 and Geet-Hui Sabse Parayi followed suit. Rajeev has always been associated with the variety of roles he picked. Whether it was his role as a cop in Time Bomb, or Captain Rajveer Singh Shekhawat on Left Right Left, he has always left a mark and has only added fans to his list. Rajeev's fans range and hail from different age groups.
Rajeev is surely missed on Television, and fans would surely love to see him in a full fledged role soon. He has scored maximum number of votes in our poll. We wish Rajeev all the very best with his Film and TV career and hope we get to see him on screen soon.
We will come back with another actor soon!
Niharika Vidya Sagar
Rangmunch.TV
Star Plus