Sasural Genda Phool: From the heart of a child 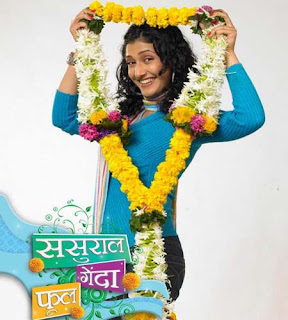 The entry of the new baby Khushi in Sasural Genda Phool has totally diverted the attention of the entire family to the infant. While she is a bundle of joy and the apple of everyone eye, the family fails to notice the growing complex in the mind of the other child of the house.
Meethi has now begun to feel neglected and thinks her own family doesnt love or care for her anymore. Though she has been trying really hard to accept the little child she feels left out in the pampering department.
We at Rangmunch.TV applaud the makers for bringing in such a sensitive track that deals with the heart of a growing child. We very often tend to take certain things for granted with the passage of time presuming we are not being unfair. However, the growing years in a child's life are the most crucial as they make you the individual you are when you grow up. A child that grows up with complexes and insecurities takes them a long way in dealing with various situations in life.
The makers of the show are attempting to tackle the said issue in an extremely sensitive manner by bringing out both the sides of the coin. An infact definitely needs more attention, but so does a growing child. Television shows have become a medium of educating the masses, and we hope with this track a message is sent across to both children and parents alike that, while paying attention to one child doesn't necessarily mean not loving the other, it is also on the parents to make sure they do not completely neglect one child for the sake of another unknowingly.
If this has happened around you, we would like you to share your views on this sensitive issue and would also like you tell us how you think Meethi and Khushi should ideally go forward as an audience.
Niharika Vidya Sagar
Rangmunch.TV
Star Plus