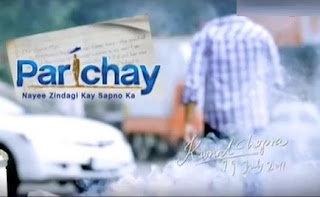 Sameer Soni is back post Jassi Jaisi Koi Nahi to play a role of a fallen hero who gets a second chance in life. Sameer plays Kunal, a defeated and failed lawyer who gets a second chance to set  things right. Sameer  completely identifies with the character of Kunal as he lives life on his terms, which is very much like himself in real life.Kunal is not politically correct and so, may come across as rude and brash but he has a heart of gold. He does not believe in herd mentality and makes his own path. Sameer loved the character and opted for it instantly.

Producer Ekta Kapoor has also drawn inspiration from society and people living in it.Her aim with this show is rising above the failure and hope of living a better future.Kunal is a story of  such a man who has everthing going for him  but later ends up becoming the biggest disappointment in the eyes of his family and society.However life gives him a second chance to redeem himself.
So tune yourself to this heart warming story,  “Parichay” from Monday to Thursday at 9.30 pm on Colors
Navyanka Varma
Rangmunch.TV