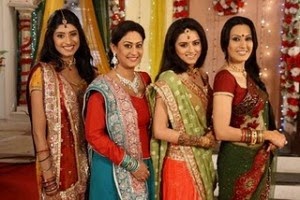 After an EXPLOSIVE  episode of Maryada , where  Devyani  finally tells Brahma that she is not naive or ignorant to know whats happeneing behind her back ,watch Brahma do the most humiliating and   insensitive thing ever.He gives the upcoming party responsibility to Uttara, hurting Devyani in the process.One would think after what all happened , Brahma would  mend his ways a little ....but no, he still feels there is nothing wrong in what he's doing.So keep watching Maryada : Lekin Kab Tak to know how Devyani will tackle the situation and Brahma.
Navyanka
Rangmunch Tv
Star Plus