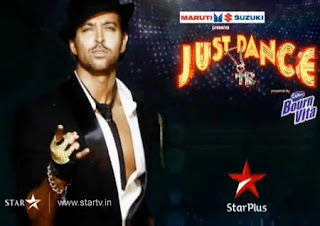 The competition towards wining the title of “Just Dance” has begun. The dance floor has now turned into a war field & all contestants are fighting it out like true warriors leaving no stone un-turned to save themselves from elimination.
Yesterday i.e. 6th August, all the thirteen contestants performed before the judges - Farah Khan & Vaibhavi Merchant. While the judges applauded some contestants, a few others failed to impress them. Based on each of their performances, the judges had to select 3 top performers & three bottom performers of the day. While the top performers had to then perform to win the title of Swift “Performer of the Week”, the bottom three had to perform to secure their position in the competition. Finally one of the bottom performers were to get eliminated as decided by Hrithik Roshan along with the other two judges.
At the end of Saturday, Ankan, Abhaash & Rajit were announced as the Top Performers while the bottom three performers were Karan Pangali, Hitesh & Preeti.
Today, i.e. 7th August… Ankan, Abhaash & Rajit danced to win the “Performer of the Week” title, while Karan, Hitesh & Preeti danced for survival. It was a do or die situation for all three bottom performers as the weakest link was to get eliminated.
All the six contestants put their heart & soul into their performances. Abhaash impressed the judges with his perfect Michael Jackson moves. Ankan with his superb act & dance reminded them of the audition days & made the judges nostalgic, while Rajit’s dance was a wake up call for all the senior citizens. Karan with his semi classical, Hitesh with his tollywood act & Preeti with her contemporary dance moves also tried to impress the judges.
Due to the brilliant performances, the contestants had made it very difficult for the judges to select the strongest & the weakest of all but as per the format of the show they had to take a call. So while Ankan went on to win the title of Swift “Performer of the Week” with prize money of one lakh, Preeti’s journey at “Just Dance” ended today. It was a sad moment for everyone but what cheered up the crowd was Hrithik’s sweet gesture as he gifted 3 lakhs to Preeti so that she could pursue her dream of starting a dance school in her hometown & promote dance as a career option.
With Preeti’s elimination, every contestant felt the heat & it’s only going to get tough from here. So let’s hope we get to see some dhamkedar performances in the forth coming weeks & may the best of the best survive.
Swati Ghosh
Rangmunch.TV
Star Plus