By Rangmunchtv August 13, 2011
This weekend the viewers are going to have a visual treat on “Just Dance” as the judges & the contestants celebrate Independence Day with their enthralling performances on freedom and independence of . 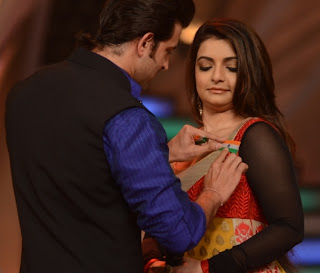 Hrithik gives a flag to everyone on the Independence Day special episode of Just Dance.
We have all heard the melodious voice of Hrithik Roshan in movies like Kites & Zindagi Na Milegi Dobara but this time we will hear him sing his favorite patriotic melody... ‘Saare Jahan Se Accha’. 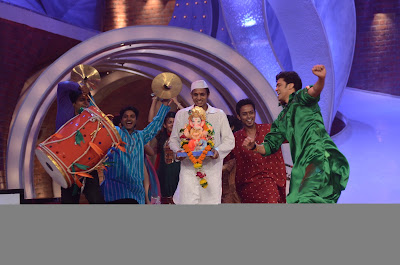 Rajit Dev, gave a touching performance during the Independence Day celebration episode which depicted the change in relations between human beings during the riots. His performance brought tears in every one’s eyes & silence spread across the dance floor.
While the judges appreciated the performance, they also shared some similar experiences in their lives. Farah Khan managed to narrate an untold story of how her family had a narrow escape from death during the 1993 bomb blasts and riots. 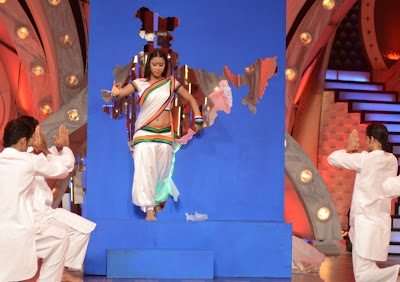 Soumita Roy from Kolkata is one of the top 12 contestants and a Indian Classical Dancer.

Soumita Roy of Kolkata, was asked to use the platform this week, to reveal a story that’s closest to her heart, an emotion she could never reveal! Not unlikely was her choice of anger and disgust as she performed on the song, ‘Laaga Chunari Mein Daag’ and emoted her journey as a young girl without her father or a man in her family and the choices she had to make under the pressures put upon her by the outside world. 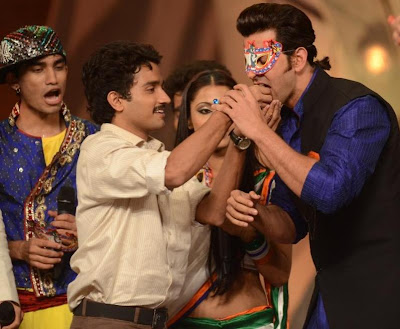 Catch all the action on the Independence Day special episode on Maruti Suzuki presents Just Dance this Sat-Sun at 9 pm only on STAR Plus!
Edited & compiled by:
Swati Ghosh
Rangmunch.TV
Star Plus