By Rangmunchtv August 21, 2011
The Bollywood Actor, Dancer, Singer turned Judge of the biggest Dance Reality Show “Just Dance” is all set to party with the Nation with the launch of his new Music Video.
Apparently, Hrithik Roshan, a dancer beyond par was given a new fusion of dance – jazz & hip-hop to perform for the video. The actor had never tried it before and to add to the challenge was the painstaking injury during the shoot of ‘Agneepath’, which held him down from performing for the video.
However, being a perfectionist, he drew inspiration from the contestants on the show, who never look back and just give in their best at all times. Therefore, Hrithik stepped forward to give his best and surely called for applaud from the production once it got over.
The music video was launched on the sets of JUST DANCE, this Thursday evening at Filmcity, Goregaon in the presence of  the Top 11 contestants, host Ayushman Khurana & the three judges - Farah Khan, Vaibhavi Merchant along with superstar Hrithik Roshan himself.
Rangmunch.TV brings you some exclusive pictures of the moment that will be aired on Star Plus this Sunday, 21st August at 9 pm. 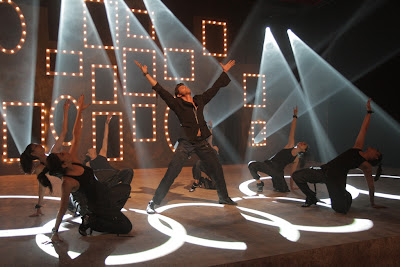 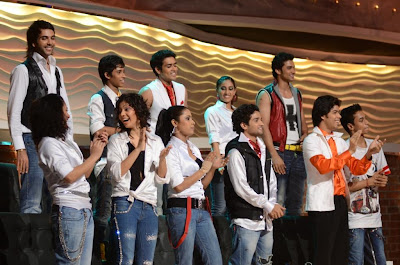 JUST DANCE Contestants give a standing ovation to Hrithik for his performance in his new music video. 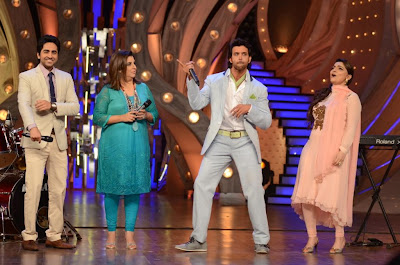 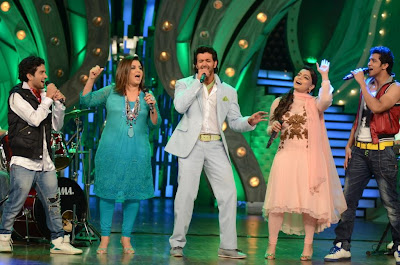 Hrithik Roshan performs a step from his new music video at the launch of the same on the sets of Just Dance with Farah Khan, Ayushman and Vaibhavi Merchant. 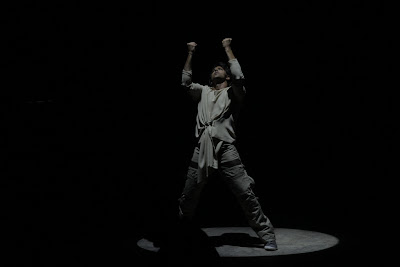 A still from Hrithik's second music video for Just Dance. 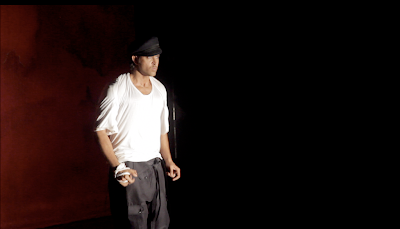