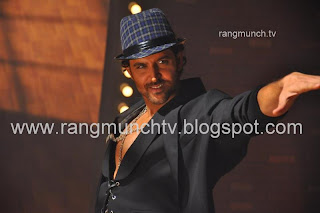 Rangmunch TV brings you news straight from the the dance floor of the reality show Just Dance on Star Plus.


While the superstar Hrithik Roshan is judging the country’s biggest dance reality show “Just Dance,” he is not in favour of eliminations & expressed his angst towards the same that takes place on a weekly basis. Hrithik looks visibly tensed every time he has to announce the name of the eliminated contestant.


Infact, Hrithik went to the extent of discussing his concern with the producers, requesting them to change the rules and do away with the eliminations as he thinks it’s unfair towards such talented performers.
Even during the episodes he repeatedly says, “if all of them perform well, we will retain them”.


Hrithik also mentioned, “For me all the contestants are amazing dancers and amazing people too. It's hard to let anyone go.  I’ve tried to change the rules umpteen number of times and been reprimanded by my fellow judges Farah and Vaibhavi for doing so,” says Hrithik (quote from HT Sunday story)
He hates creating drama & hype around eliminations and therefore quickly announces the name of the safe contestants and rushes to the eliminated one to console him/her.


We would like to remind Hrithik “with great power comes great responsibility” & one has to abide by it.