By Rangmunchtv August 06, 2011
Tele-land has its own ways of celebrating life. They magnify, glorify and they exemplify. With Friendship day approaching this Sunday, we thought we should take a look at some of the stories that have gone on to become a huge rage with the audience when it comes to friendship.

Star Plus's Show Navya depicts the dilemma of todays girl in a city, where is she always dodging between her family and friends. While her family represents values, traditions and beliefs, her friends represent her dreams, her desires and aspirations that are untapped and unexplored. Appy and Ritz have always stuck by Navya and they are easy to relate to considering they easily remind you of your own comfort circle. They are critical of her yet they support her, they back her up, and they also cover up for her. They also play cupids in Navya's love story with Anant.

While this is the case with Navya, Anant her lover has his own best friend Ranbir who is ever sweet and understanding. Ranbir represents that confidante you could turn to at anytime.

As a gang of five Navya, Anant, Appy, Ritz and Ranbir represent today and friendships of today's times. Here's to their friendship.

He saw her fall in love with his young brother, was heart broken, but chose to support her. When her family abandoned her he supported her, when she moved to the city he accompanied her. Akshay and Manjari have never had it easy when it has come to their relationship. But through their ups and downs they have always remained friends. Today, as the show is all set to wrap up, we are about to witness how a relationship has bloomed and blossomed from friendship to love. Its a perfect end to a story.

Suhana, is a spoilt brat. But when she walked into the simple middle class Kashyap household she didnt know better. But had it not been for Badi Ma who supported her, understood her and accommodated her, Suhana would have perhaps never learnt. Though the two share almost a mother daughter relationship, the foundation of their relationship has always been friendship. Here's to this mother- daughter-Friends Combo!

Can age ever be barricade to friendships? When Gulaal was married to Vasant, Kesar was just a kid, but they always got along famously. However, with the passing off time with Vasant dying and Gulaal being forced to marry young Kesar the dynamics of their relationship changed. With all the turmoil in their life, they have time and again fallen back on their friendship as the strongest support system of their relationship. We see Gulaal staying away from Kesar for obvious reasons but she definitely cant ignore him and that is mainly because they have been friends first. Today Kesar loves her. He wants to win over her and the only reason why Gulaal cant snap ties with the man, besides family obligations is also their friendship.

Though the show recently ended, it finds its mention here because the show in general has always been a friendly show with friendly relation between its members. Be it Father-Son, Husband-Wife,or even two friends. The show did focus on a friendship track where ego draws two close friends apart only to bring them back together. Even Shaan and Khanak had started off being friends first before they fell in love.  Its a lesson well learnt, once a friend always a friend.  This tried and tested formula never fails since it stems from the heart.You may fight, you may hate but the emotion always stays strong since you are tied together by the bond. 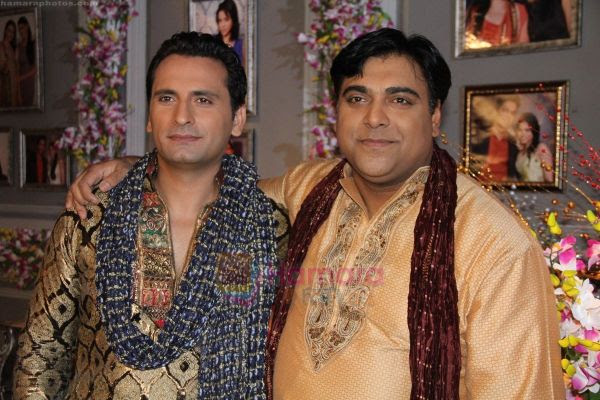 Sony's latest offing Bade Acche lagte hai, is the story of a sauve business man in his early forties and a middle aged girl Priya from a simple background. While how they meet and get married is another story, Ram's friend Vikram is his constant support system encouraging his friend to get married, have a life of his own and also advising him. Ram respects Vikram and also listens to him. Goes to show every strong individual has weak spot and for Ram its his friendship with Vikram, apart from his own family.


So now we know, why we love our shows and are so addicted to them. The TV world has always been kind to friends and friendships on behalf of Rangmunch.tv