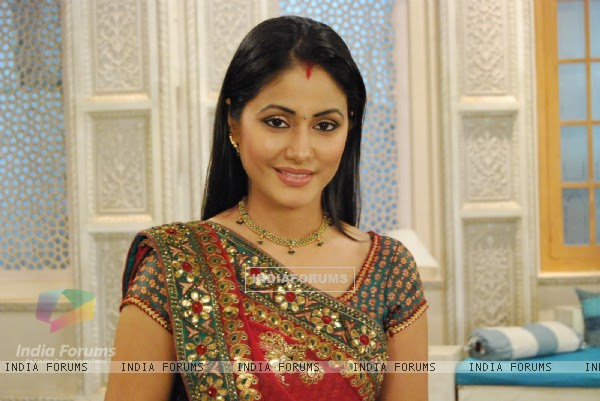 Being pregnant is probably the most gratifying and complete feeling  a woman can go through.This feeling can bring in joy as well as fear.Such is the case for Akshara in “ Yeh Rishta Kya Kehlata Hai”.
The current track shows her going through  a very sensitive phase especially after miscarrying her first pregnanacy. She is now experience a bag of emotions bringing in nervousness, anxiety and little apprehension.Yesterdays  episode showed Akshara in a completely different light.I must say, though not a regular watcher of this show, Akshara’s performance  surely left me spellbound.Her hesitation with Naitak was beautifully expressed  as  the anticipation  in her  sad eyes   spoke volumes.Sometime silence is all what is needed.Her accerelating heartbeat,her timid steps , her moist eyes and her nervours fingers on getting the report was remarkably potrayed  , that for once it left me  speechless too. There after her breaking down uncontrollably in front of Naitik was executed brilliantly as it was a tough scene to emote.
Hina Khan not only added another dimension to her acting skills but is definitely evolving   as an actor as she is living and breathing Akshara’s character  beautifully.She also excelled in depicting her fear of loosing her happiness second time round . And finally came  the endearing and adorable moment between Naitik and herself over a little piece of chocolate , which just  blew me away.
It just goes to show that” happiness is having what you want  and wanting what you have”. I applaud Hina  Khan and  the director of the show  for pulling off a  very sensitive episode with ease and flawlessness.
Navyanka
Rangmunchtv
Star Plus