Showing posts from July, 2011
Show all

Jane's Corner: She Cast a Spell on him -Part 2

By Rangmunchtv July 27, 2011
Anger clouded his thoughts as he he shrugged of his shirt. It seemed in his absence the whole of KC had gone mad. But he was back and he would not tolerate any of this. KC was one of the top most companies in India. He and Daadima had spent blood sweat and tears to get it there he was not going to let anyone destroy his reputation, who ever they thought they were. Why were they all speaking for her. Dev, Daadima, Adi, and that new employee, that idiot what was his name? Lucky! why were they all making excuses for Geet's mistakes. And for what purpose had anyone employed Lucky. He did not seem to have any professional skills let alone one single coherent thought in his head! Him and that other girl who hung around like a spare wheel, what was her name? He did not know. She had not been able to string one sentence together in his presence. Pathetic. He would get rid of the all the useless staff on his payroll and start afresh. Why had Dev employed such useles
1 comment
Read more

Jane's Corner: She Cast a Spell on him -Part 1

Chat with Aditi Chopra(Pinky) as Promised!

Here is a chat with Aditi Gupta aka Pinky on GHSP …   We: Hi Aditi !! It’s great news,  that you are back on GHSP Aditi: Sure, I am happy too. We: So where was Pinky all these days? Aditi: well sweets Geet was in Amritsar and Pinky was in Delhi, she never went away !!! We:  Tell us about your role in this new phase. Aditi: I am entering the show with freshness...but yeah the cuteness and foodie Pinky remains. As this is what people like about me. My bubbly nature and the fact that I am a foodie has always been my trademark. We: What is it about Pinky that you love playing the most? Aditi: It would be the innocence, the bubbly nature, the chirpiness. I love Pinky myself. We: Do you know people want Adi and Pinky to pair up?? Aditi: Yes I do know that people want me and Adi to be a couple on screen since they love us together. We: So do we expect to see a love track this time? Aditi: well well well…You never know what’ in store in the track that is coming up.... We: What’s the fir
5 comments
Read more 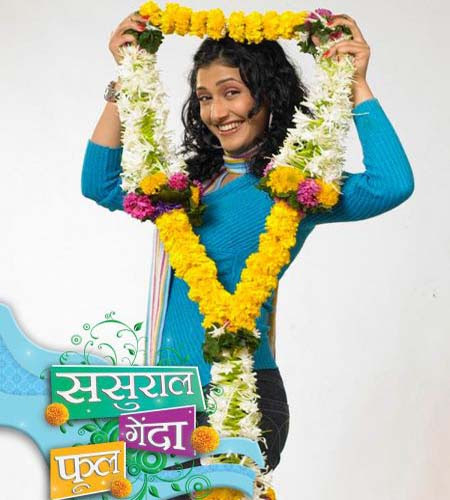 A girl as pampered and loved as Suhana suddenly has become the person that the entire family is irked at. On one hand, one feels she doesnt know better, but on the other, when we sit to think we realize its about time she took up some responsiblity. What do you think Suhanas family should now do? Will she remain the apple of their eye or will she become an issue of contention in the coming days? What would you do,  if you were her family? Share your ideas and thoughts with the Rangmunch.TV family! Rangmunch.TV Team
Post a Comment
Read more

A chat with Aditi Chopra: Pinky Coming up !!!

We have always seen her either with a bag of chips or a bar of chocolate. She loves her food, but she loves Geet more!!  Aditi aka Pinky, is all set to come back on GHSP and we at Rangmunch.TV decided to chat up with her and share it with you guys! Coming up Soon!!! Right here.... - RangmunchTV Team
Post a Comment
Read more